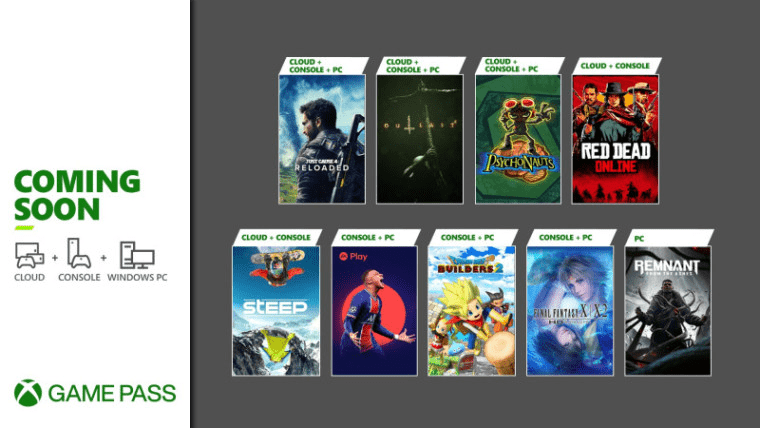 These games are coming to Xbox Game Pass alongside the recently teased Dragon Quest Builders 2 and more within the first half of May 2021.

Undoubtedly one of the most valuable packages in gaming is Xbox Game Pass, and Microsoft’s continued additions to it keep the fun going. There’s a lovely collection of games on the way in the first half of May, and while one was already teased, there are quite a few others that should be delightful to a variety of fans among the Rockstar Games, JRPG, and sports fan crowds to name a few.

Xbox announced the early May slate for upcoming Game Pass additions in an Xbox Wire press release on May 3, 2021. Throughout the first half of this month, players will see newly added titles like Red Dead Online come to the program for console and Xbox Cloud Gaming, which was recently launched as a standalone entity separate of Red Dead Redemption 2. FIFA 21 and Final Fantasy X/X-2 HD Remaster are also on the way alongside the already confirmed Dragon Quest Builders 2 that was announced last week. Everything on Xbox’s new slate will be out by May 13 at the latest.

Here’s the list of games coming to Xbox Game Pass, when, and on what platforms this early May:

A number of these should prove to be worthwhile in your Xbox Game Pass library regardless of tastes. Stay tuned as we continue to watch for further additions and updates to the Game Pass.

TJ Denzer is a player with a passion for games that have dominated a lifetime. When he’s not handing out beatdowns in the latest fighting games, exploring video game history, or playing through RPGs with his partner, he’s searching for new food and drinks in the constant pursuit of good times with good people inside and outside the South Texas area.